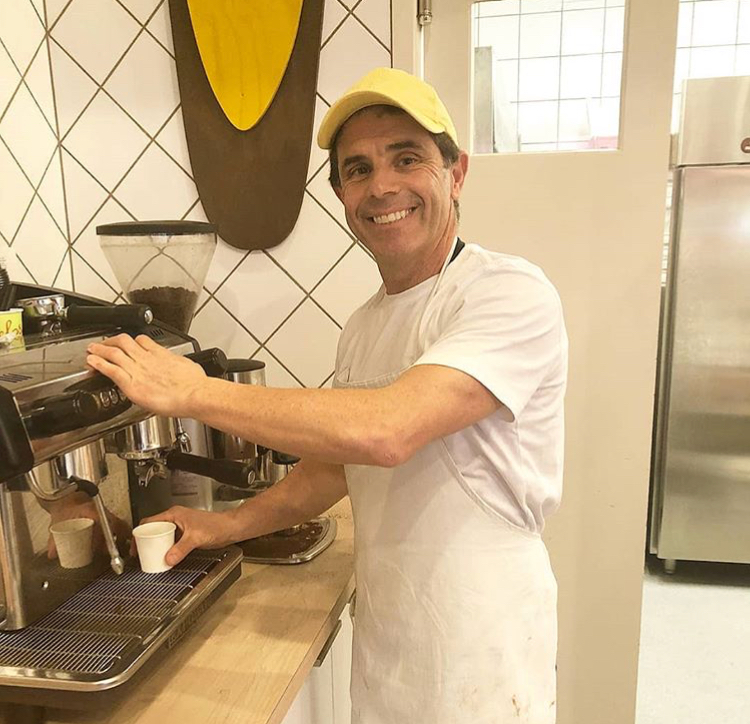 Ever wondered what the difference between gelato and ice cream really is? This week we chat with fourth generation gelato maker, Sam Navagero from Geloso Gelateria to discover a little more about our favourite dessert and of course, their recently opened stall – have you seen the waffles?

Let’s start with the gelato. Sam tells us one of the key differences between ice cream and gelato is cream. Ice cream has it and gelato doesn’t. Instead gelato uses whole milk, which means not only is it lower in fat, but the taste is a little more intense because there’s no fat barricading the tongue.

Another interesting difference is the way it’s kept. “Gelato is stored at -13 degrees, which gives you a smoother and more velvety consistency, whereas ice cream is served at -20 degrees and more likely to give you that very uncomfortable brain freeze,” says Sam.

The churning makes a real difference too. Gelato is churned at a much slower, more leisurely pace than ice cream and as a result it has 50% less air. “You get a much denser product with a more intense flavour, which gives you greater value for money with gelato,” he says.

Sam and his wife run the stall together and draw inspiration from seasonal produce and any produce they receive from Market traders.. “We recently had a trader bring us a few boxes of cherries. He wanted us to make a cherry gelato for his son’s birthday party and gave us enough cherries for a five kg batch for the party and a five kg batch for our own gelateria to sell. A very good arrangement for all.”

Sam tells us with gelato it’s important to stick to the basics and keep things simple. Chocolate, vanilla and strawberry are the most popular flavours and lemon is definitely a standout. “These are the flavours people go to first, then once they feel that we have nailed them they’re happy to try the others. We’re very open to customer requests, as there are many gelato connoisseurs out there that come up with great flavour ideas.”

We can’t forget those waffles either. Made fresh to order, the waffle recipe comes from Sam’s mum. They’re served with a stack of different mouth-watering condiments like choc bits, wafer rolls, nuts, marshmallows and fresh cream, then topped with one or two scoops of gelato.

Think you need something a little warmer through winter? We are absolutely loving the affogato at the moment. A scoop of vanilla bean gelato immersed in a shot or two of espresso coffee – the combo of cold gelato and hot espresso plays with temperature and texture, creating a delicious café crème-coloured dessert.

Drooling? It might be time for a scoop – or a waffle or an affogato!

How to Enjoy Quinces this Season

Wondering what to do with quinces this year? Not the tastiest fruit to bite into, quinces are best enjoyed when cooked as the flesh becomes...

Fill in your details below to create an account.

Before we add this item to your Cart, please select your delivery option. You can change this any time, by clicking Delivery or Click & Collect options in the menu.